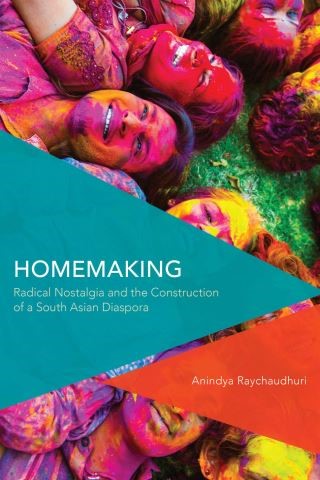 Radical Nostalgia and the Construction of a South Asian Diaspora

Is it possible to think of a counter-hegemonic, progressive nostalgia that celebrates and helps sustain the marginalised? What might such a nostalgia look like, and what political importance might it have?

Homemaking: Radical Nostalgia and the Construction of a South Asian Diaspora examines diasporic life in south Asian communities in Europe, North America and Australia, to map the ways in which members of these communities use nostalgia to construct distinctive identities.

Using a series of examples from literature, cinema, visual art, music, computer games, mainstream media, physical and virtual spaces and many other cultural objects, this book argues that it is possible, and necessary, to read this nostalgia as helping to create a powerful notion of home that can help to transcend international relations of empire and capital, and create instead a pan-national space of belonging.

This homemaking represents the persistent search for somewhere to belong on one’s own terms. Constructed through word, image and music, preserved through dreams and imagination, the home provides sustenance in the continuing struggle to change the present and the future for the better.