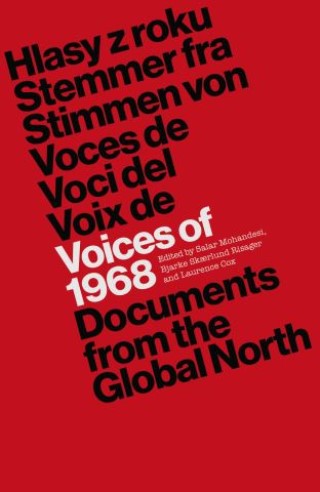 Documents from the Global North

The year 1968 witnessed one of the great upheavals of the twentieth century, as social movements shook every continent. Across the Global North, people rebelled against post-war conformity and patriarchy, authoritarian education and factory work, imperialism and the Cold War. They took over workplaces and universities, created their own media, art and humour, and imagined another world. The legacy of 1968 lives on in many of today's struggles, yet it is often misunderstood and caricatured.*BR**BR*Voices of 1968 is a vivid collection of original texts from the movements of the long 1968. We hear these struggles in their own words, showing their creativity and diversity. We see feminism, black power, anti-war activism, armed struggle, indigenous movements, ecology, dissidence, counter-culture, trade unionism, radical education, lesbian and gay struggles, and more take the stage.*BR**BR*Chapters cover France, Czechoslovakia, Northern Ireland, Britain, the USA, Canada, Italy, West Germany, Denmark, Mexico, Yugoslavia and Japan. Introductory essays frame the rich material - posters, speeches, manifestos, flyers, underground documents, images and more - to help readers explore the era's revolutionary voices and ideas and understand their enduring impact on society, culture and politics today.