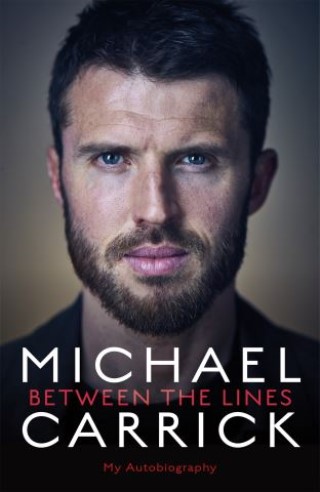 Michael Carrick: Between the Lines

Michael Carrick is one of the most decorated English players of all time, best known for his 12-year tenure as a Manchester United player, which he captained and will now coach. Loved by his managers, lauded by his fellow professionals, worshipped by the Old Trafford faithful, yet regularly misunderstood by the wider public, Carrick is a player like no other. Intelligent, calm and thoughtful, he is the opposite of the archetypal English midfielder. He has won every honour in club football, including: five Premier League titles, the Champions League, the Europa League, the Club World Cup, the FA Cup and multiple League Cups. In his first book, Carrick invites us to experience the camaraderie and desire to succeed inside the United dressing room, and lets us feels what it's like to walk out on the Old Trafford pitch alongside some of the biggest names in the game - from Ronaldo to Scholes to Pogba and the rest. From growing up in the North East to the Theatre of Dreams - via West Ham and Tottenham - Carrick's story reveals him to be his own man: fearless, incisive and honest. *All of Michael Carrick's profits from the sale of the book will be donated to the Michael Carrick Foundation, dedicated to providing financial support to community services that will give underprivileged children living in the North and North East better opportunities so that they feel safe, valued and inspired.*