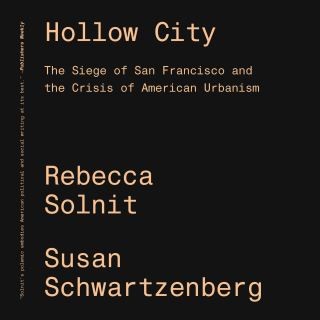 The Siege of San Francisco and the Crisis of American Urbanism

One of our most impassioned and acclaimed chroniclers of American urbanism, Rebecca Solnit explores the impact of skyrocketing rents, architectural homogenization, and the links between artists and gentrification. Wealth, she argues, is just as capable of ravaging cities as poverty. Schwartzenberg’s social documentary photographs work with Solnit’s interlinked essays to memorialize San Francisco’s vanishing spaces of civic memory and public life.

Both a portrait of an acute crisis and a call to defend collective public life, Hollow City makes a fervent case for the imaginative potential of cities.