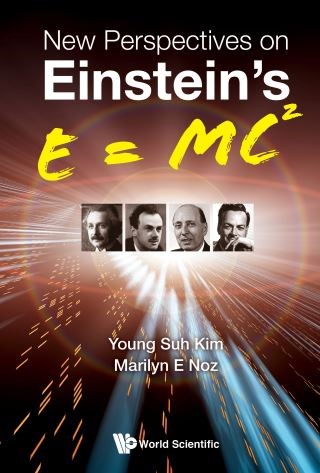 Einstein's energy–momentum relation is applicable to particles of all speeds, including the particle at rest and the massless particle moving with the speed of light. If one formula or formalism is applicable to all speeds, we say it is "Lorentz-covariant." As for the internal space-time symmetries, there does not appear to be a clear way to approach this problem. For a particle at rest, there are three spin degrees of freedom. For a massless particle, there are helicity and gauge degrees of freedom. The aim of this book is to present one Lorentz-covariant picture of these two different space-time symmetries. Using the same mathematical tool, it is possible to give a Lorentz-covariant picture of Gell-Mann's quark model for the proton at rest and Feynman's parton model for the fast-moving proton. The mathematical formalism for these aspects of the Lorentz covariance is based on two-by-two matrices and harmonic oscillators which serve as two basic scientific languages for many different branches of physics. It is pointed out that the formalism presented in this book is applicable to various aspects of optical sciences of current interest.