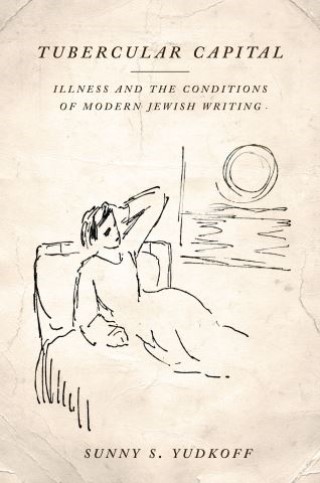 Illness and the Conditions of Modern Jewish Writing

At the turn of the twentieth century, tuberculosis was a leading cause of death across America, Europe, and the Russian Empire. The incurable disease gave rise to a culture of convalescence, creating new opportunities for travel and literary reflection. Tubercular Capital tells the story of Yiddish and Hebrew writers whose lives and work were transformed by a tubercular diagnosis. Moving from eastern Europe to the Italian Peninsula, and from Mandate Palestine to the Rocky Mountains, Sunny S. Yudkoff follows writers including Sholem Aleichem, Raḥel Bluvshtein, David Vogel, and others as they sought "the cure" and drew on their experiences of illness to hone their literary craft.

Combining archival research with literary analysis, Yudkoff uncovers how tuberculosis came to function as an agent of modern Jewish literature. The illness would provide the means for these suffering writers to grow their reputations and find financial backing. It served a central role in the public fashioning of their literary personas and ushered Jewish writers into a variety of intersecting English, German, and Russian literary traditions. Tracing the paths of these writers, Tubercular Capital reconsiders the foundational relationship between disease, biography, and literature.