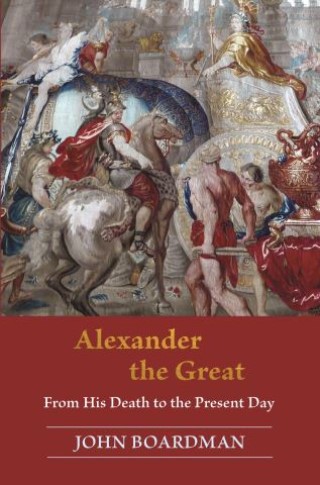 From His Death to the Present Day

An illustrious scholar presents an elegant, concise, and generously illustrated exploration of Alexander the Great’s representations in art and literature through the ages

John Boardman is one of the world’s leading authorities on ancient Greece, and his acclaimed books command a broad readership. In this book, he looks beyond the life of Alexander the Great in order to examine the astonishing range of Alexanders created by generations of authors, historians, and artists throughout the world—from Scotland to China.

Alexander’s defeat of the Persian Empire in 331 BC captured the popular imagination, inspiring an endless series of stories and representations that emerged shortly after his death and continues today. An art historian and archaeologist, Boardman draws on his deep knowledge of Alexander and the ancient world to reflect on the most interesting and emblematic depictions of this towering historical figure.

Some of the stories in this book relate to historical events associated with Alexander’s military career and some to the fantasy that has been woven around him, and Boardman relates each with his customary verve and erudition. From Alexander’s biographers in ancient Greece to the illustrated Alexander “Romances” of the Middle Ages to operas, films, and even modern cartoons, this generously illustrated volume takes readers on a fascinating cultural journey as it delivers a perfect pairing of subject and author.