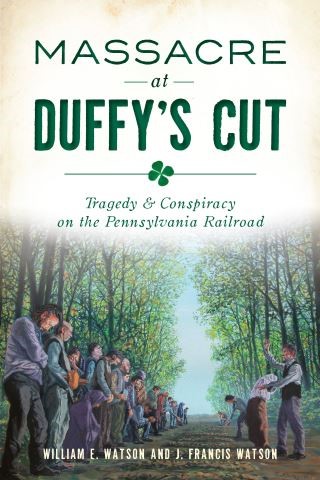 Tragedy & Conspiracy on the Pennsylvania Railroad

Fifty-seven Irish immigrant laborers arrived in the port of Philadelphia in June 1832 to work on Pennsylvania's Philadelphia and Columbia Railroad. Contractor Philip Duffy soon hired them to work a stretch of track in rural Chester County known as Duffy's Cut. They all perished within six weeks. For more than 180 years, the railroad maintained that cholera was to blame and kept the historical record under lock and key. In a harrowing modern-day excavation of their mass grave, a group of academics and volunteers found evidence some of the laborers were murdered. Authors and research leaders Dr. William E. Watson and Dr. J. Francis Watson reveal the tragedy, mystery and discovery of what really happened at Duffy's Cut.