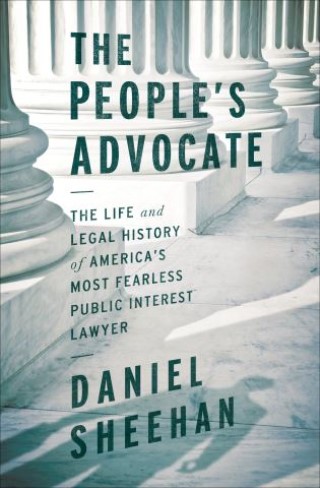 The Constitutional attorney’s memoir offers “fascinating and horrifying” accounts of over a dozen historic legal cases—from Watergate to Iran/Contra (Foresight).

In this captivating memoir, attorney Daniel Sheehan recounts his path to becoming a public defense lawyer and takes you behind the scenes of more than a dozen historically significant American legal cases, all of which he litigated.

The remarkable cases covered in this book include:

* The Pentagon Papers Case
* The Watergate Burglary Case
* The Karen Silkwood Case, which revealed that the C.I.A.’s Israeli Desk had been smuggling 98% bomb-grade plutonium to the State of Israel and to Iran.
* The American Sanctuary Movement Case, establishing the right of American church workers to aid Central American political refugees fleeing Guatemalan and Salvadorian “death squads.”
* The Iran/Contra Federal Civil Racketeering Case against the Reagan/Bush Administration, which Sheehan investigated, initiated, filed, and then litigated.

The People’s Advocate is the “real story” of these and many other historic American cases, told from the unique point of view of a central lawyer.

“Sheehan’s recounting of his battles against wrong-doing, both in the courtroom and behind-the-scenes, is never less than enthralling to read.” —Daniel Ellsberg, Pentagon Papers leaker and founding member of Freedom of the Press Foundation