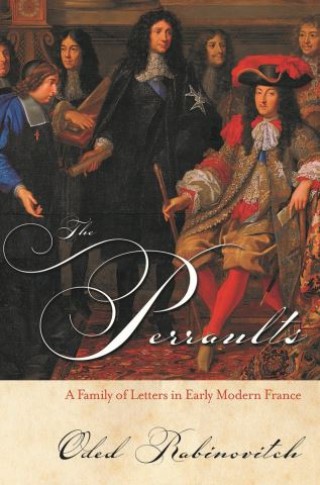 A Family of Letters in Early Modern France

In The Perraults, Oded Rabinovitch takes the fascinating eponymous literary and scientific family as an entry point into the complex and rapidly changing world of early modern France. Today, the Perraults are best remembered for their canonical fairy tales, such as "Cinderella" and "Puss in Boots," most often attributed to Charles Perrault, one of the brothers. While the writing of fairy tales may seem a frivolous enterprise, it was, in fact, linked to the cultural revolution of the seventeenth century, which paved the way for the scientific revolution, the rise of "national literatures," and the early Enlightenment. Rabinovitch argues that kinship networks played a crucial, yet unexamined, role in shaping the cultural and intellectual ferment of the day, which in turn shaped kinship and the social history of the family.

Through skillful reconstruction of the Perraults’ careers and networks, Rabinovitch portrays the world of letters as a means of social mobility. He complicates our understanding of prominent institutions, such as the Academy of Sciences, Versailles, and the salons, as well as the very notions of authorship and court capitalism. The Perraults shows us that institutions were not simply rigid entities, embodying or defining intellectual or literary styles such as Cartesianism, empiricism, or the purity of the French language. Rather, they emerge as nodes that connect actors, intellectual projects, family strategies, and practices of writing.