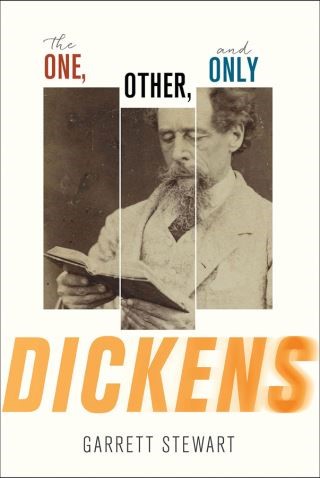 The One, Other, and Only Dickens

In The One, Other, and Only Dickens, Garrett Stewart casts new light on those delirious wrinkles of wording that are one of the chief pleasures of Dickens’s novels but that go regularly unnoticed in Dickensian criticism: the linguistic infrastructure of his textured prose. Stewart, in effect, looks over the reader’s shoulder in shared fascination with the local surprises of Dickensian phrasing and the restless undertext of his storytelling. For Stewart, this phrasal undercurrent attests both to Dickens’s early immersion in Shakespearean sonority and, at the same time, to the effect of Victorian stenography, with the repressed phonetics of its elided vowels, on the young author’s verbal habits long after his stint as a shorthand Parliamentary reporter.

To demonstrate the interplay and tension between narrative and literary style, Stewart draws out two personas within Dickens: the Inimitable Boz, master of plot, social panorama, and set-piece rhetorical cadences, and a verbal alter ego identified as the Other, whose volatile and intensively linguistic, even sub-lexical presence is felt throughout Dickens’s fiction. Across examples by turns comic, lyric, satiric, and melodramatic from the whole span of Dickens’s fiction, the famously recognizable style is heard ghosted in a kind of running counterpoint ranging from obstreperous puns to the most elusive of internal echoes: effects not strictly channeled into the service of overall narrative drive, but instead generating verbal microplots all their own. One result is a new, ear-opening sense of what it means to take seriously Graham Greene’s famous passing mention of Dickens’s "secret prose."