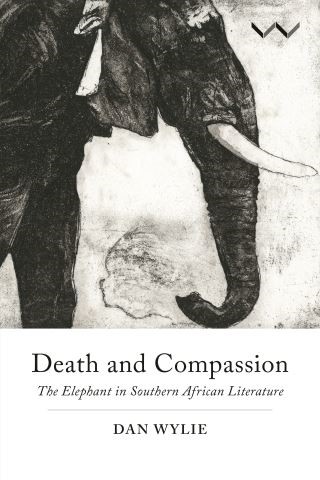 The Elephant in Southern African Literature

Elephants were virtually extirpated from much of Africa by European hunters in the eighteenth and nineteenth centuries. In the twentieth century, with late-colonial conservation efforts, their numbers grew – but today, according to one estimate, an elephant is killed every 15 minutes. The reasons for being especially compassionate and protective towards elephants are now almost a cliché: their high intelligence, their rich emotional lives including a capacity for mourning, their caring matriarchal societal structures and their strangely charismatic grace.
Death and Compassion is the first study to probe literary genres, over three centuries, that pertain to elephants south of the Zambezi River – genres such as early European travelogues, hunting accounts, game-ranger memoirs, scientists’ accounts, novels and poetry. It examines what these literatures imply about human attitudes towards elephants and who shows compassion towards them. It is the story of a developing contestation between death and compassion, between those who kill and those who love and protect.
Scholarly and rigorous but also immensely readable, Death and Compassion will attract a wide readership in academia and among the general public, especially among those with a special interest in ecological issues, in animal rights and in literature.