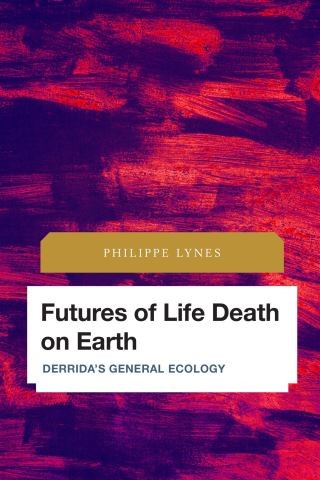 Futures of Life Death on Earth

Life on earth is currently approaching what has been called the sixth mass extinction, also known as the Holocene or anthropocene extinction. Unlike the previous five, this extinction is due to the destructive practices of a single species, our own. Up to 50% of plant and animal species face extinction by the year 2100, as well as 90% of the world’s languages. Biocultural diversity is a recent appellation for thinking together the earth’s biological, cultural and linguistic diversity, the related causes of their extinctions and the related steps that need to be taken to ensure their sustainability. This book turns to the work of Jacques Derrida to propose a notion of ‘general ecology’ as a way to respond to this loss, to think the ethics, ontology and epistemology at stake in biocultural sustainability and the life and death we differentially share on earth with its others. It articulates an appreciation of the ecological and biocultural stakes of deconstruction and provokes new ways of thinking about a more just sharing of the earth.