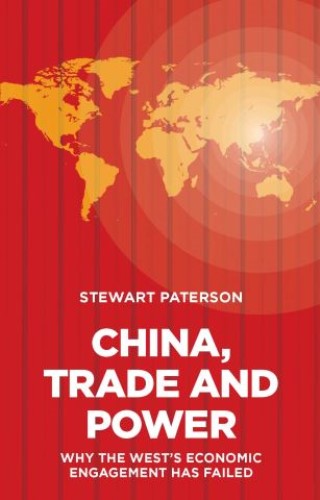 China, Trade and Power: Why the West’s Economic Engagement Has Failed

Why the West’s Economic Engagement Has Failed

From a Western point of view, the policy of economic engagement with China has failed. A rapid rise in living standards in China has helped legitimize and strengthen the Chinese Communist Party’s power. How did Western, market-orientated, property-owning, liberal democracies go from being in a position of complete global hegemony in the early 1990s to the current crisis of confidence and loss of moral foundation? This book tells the story of the most successful trading nation of the early twenty-first century. It looks at how the Communist Party of China has retained and cemented its monopoly on political power since China’s accession to the World Trade Organization in December 2001. It is the most extraordinary economic success story of our time and it has reshaped the geopolitics not just of Asia but of the world. As China has come to dominate global manufacturing, its economic power has been translated into political power, and the West now has a global rival that is politically antithetical to liberal values. The supply-side deflation from allowing 750 million low-cost workers into the global trading system combined with the policy of inflation targeting by Western central banks has led to falling real incomes for many in the West and rising asset prices that have benefited the few. Worse still, China’s mercantilist model is now held up as a viable economic alternative. To have a fighting chance of protecting the freedoms of liberal democracies, it is of the utmost importance that we understand how the policy of indulgent engagement with China has affected Western society in recent years. Only then can the global trading system be reoriented for the mutual benefit of all nations.