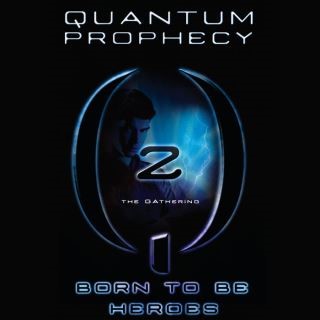 Ten years after every superhuman vanished from the face of the earth, a new generation of heroes has emerged. Endowed with unimaginable powers, these young crime fighters are suiting up and taking on London's worst. But heroes become targets when the secret identities of Colin, Renata, and Danny are mysteriously leaked to the press. With their names and faces on every TV station and newspaper around the world, the trio takes refuge at a secret military installation that houses and trains a new crop of superhumans. Together, the three friends join the team as a new threat surfaces in America's heartland - one that will pit the heroes against the innocents they're trying to protect, and every action will bring Quantum's dark prophecy closer to fulfillment....