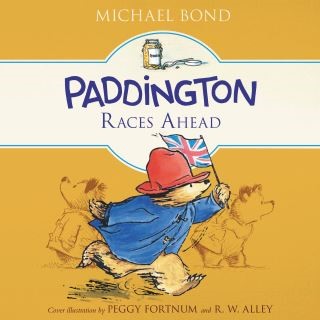 Paddington has warmed the hearts of generations of listeners with his earnest good intentions and humorous misadventures. This is a new edition of the classic novel and contains the original text by Michael Bond.

Somehow Paddington always manages to find himself in strange situations. From a squishy miscommunication involving oysters and public transit to a case of mistaken identity, there’s never a dull moment when a certain bear is around!

Michael Bond began chronicling Paddington’s adventures in his first book, A Bear Called Paddington, published in 1958. Fortunately, bears don’t need much encouragement, and Paddington has since filled the pages of twelve further novels, a variety of picture books, and many other projects written for the young at heart.

Jim Broadbent, in addition to his stage work with the Royal Shakespeare Company, has starred in such films as The Crying Game, Bridget Jones' Diary, Topsy-Turvy, Moulin Rouge, and won an Oscar for his role in Iris.