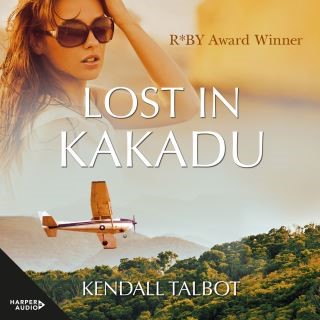 Winner of the 2014 Romance Writers of Australia RUBY (Romantic Book of the Year) Award for Stories with Romantic Elements!

An action adventure novel set in the Australian jungle where two unlikely people prove just how attractive opposites can be...

It's pretentious socialite Abigail Mulholland's worst nightmare when her plane crashes into an ancient Australian wilderness. Things go from bad to downright hellish when rescuers never come. As she battles to survive in an environment that's as brutal as it is beautiful, Abigail finds herself also fighting her unlikely attraction to Mackenzie - another survivor, and a much younger man.

Mackenzie Steel is devastated by his partner's death in the crash, the only person with whom he shared his painful past. Now, as he confronts his own demons, he finds he has a new battle on his hands: his growing feelings for Abigail, a woman who's as frustratingly naive as she is funny.

Fate brought them together, but they'll need more than luck to escape Kakadu alive. Could the letters of a dead man hold the key to their survival?

Kendall Talbot: Kendall Talbot is an award winning author, thrill seeker and a hopeless romantic. She has travelled extensively, 36 countries and counting, and she's addicted to experiences that make her scream - white water rafting, scuba diving with sharks, and hang gliding are just a few. Her stories reflect her sense of adventure and her long running love affair with her very own hero.

Kendall collects junky jewellery and expensive perfume, her favourite night out is with great friends and a fabulous bottle of wine or two, and she rarely watches TV. She lives in Brisbane with her hubby, her two grown boys, and her little dog, Josie McLuvin.

Her debut novel Lost in Kakadu received a clutch of award nominations and won the exclusive Romantic Book of the Year.