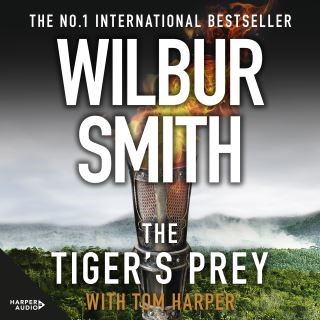 Francis Courtney flees the comfort of his grand country estate, when his stepfather's gambling debts leave him penniless and in grave danger. He travels to South Africa with revenge and fortune on his mind: his uncle Tom Courtney killed his father, and he plans on repaying the debt and making his fortune in the process. However, upon his arrival in Cape Town, he finds his whole world upturned ...

Christopher Courtney sets out to make his own way in the world, giving up his privileged position as the son of the Governor of Bombay. The perils and betrayals that play out on his journey carve a fierce warrior out of him, but they also harden his soul and lead him to more violence and treachery.

As the lives of the Courtney men intertwine, the sins of the fathers will forever change the lives of a younger generation.

Wilbur Smith was born in Central Africa in 1933. He became a full-time writer in 1964 after the successful publication of When the Lion Feeds, and has since written over thirty novels, all meticulously researched on his numerous expeditions worldwide. His books are now translated into twenty-six languages.

For all the latest information on Wilbur visit his website: www.wilbursmithbooks.com

To learn about the Wilbur and Niso Smith Foundation visit: www.wilbur-niso-smithfoundation.org