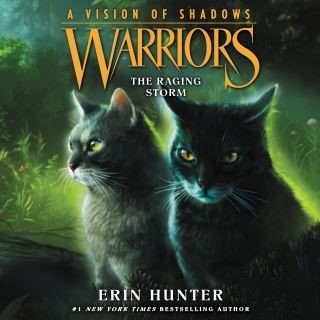 Warriors: A Vision of Shadows #6: The Raging Storm

ShadowClan has returned under the leadership of a new Tigerstar, but their renewed strength has brought the tensions around the lake to an explosive breaking point. SkyClan’s place among the Clans is about to be decided once and for all.