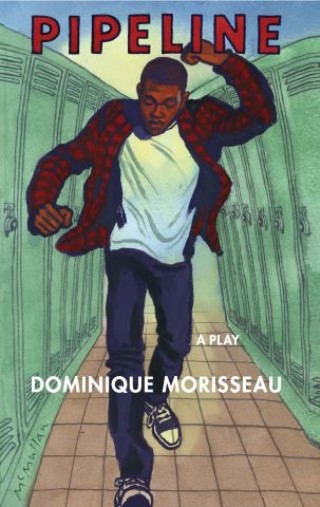 Pipeline had its premiere at Lincoln Center Theater (Off-Broadway) in the summer of 2017.

Morriseau is an actor and playwright. She has been Award the NAACP Image Award twice for outstanding achievements and performances of people of color in the arts and for promoting social justice through her work.

Morriseau grew up in Detroit and is currently working on a collection of plays titled The Detroit Projects, inspired by August Wilson's ten play cycle set in Pittsburg.

Detroit ‘67 explores racial and economic challenges for the characters. The play received the 2014 Edward M. Kennedy Prize for Drama Inspired by American History.

Paradise Blue tell the story of a musician who must overcome moral dilemmas to live out his dream. This play received the L. Arnold Weissberger Award (2012) and the Edgerton Foundation New Play Award.

Skeleton Crew delves into the real challenges of a group of workers confront when faced with the possibilities of unemployment. The play had its world premiere in Linda Gross Theater with the Atlantic Theatre Company in spring of 2016.

Morrisseau was awarded the City of Detroit: Spirit of Detroit Award.