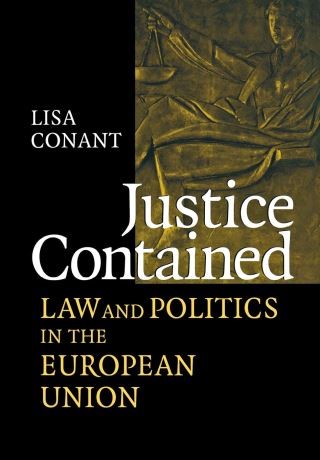 Law and Politics in the European Union

In this probing analysis of the European Union's transnational legal system, Lisa Conant explores the interaction between law and politics. In particular, she challenges the widely held view that the European Court of Justice (ECJ) has, through bold judicial activism, brought about profound policy and institutional changes within the EU's member states. She argues convincingly that this court, like its domestic counterparts, depends on the support of powerful organized interests to gain compliance with its rulings.

What, Conant asks, are the policy implications of the ECJ's decisions? How are its rulings applied in practice? Drawing on the rich scholarship on the U.S. Supreme Court, Conant depicts the limits that the ECJ and other tribunals have to face. To illuminate these constraints, she traces the impact of ECJ decisions in four instances concerning market competition and national discrimination. She also proposes ways of anticipating which of this court's legal interpretations are likely to inspire major reforms.

Justice Contained closes with a comparative analysis of judicial power, identifying the ECJ as an institution with greater similarities to domestic courts than to international organizations. The book advances a deeper understanding both of the court's contributions to European integration and of the political economy of litigation and reform.