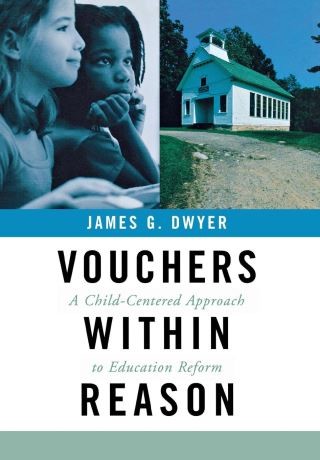 A Child-Centered Approach to Education Reform

Observing the storm of recent debates around school vouchers, James G. Dwyer concludes that the welfare of children has been routinely subordinated to the interests and supposed rights of various groups of adults—parents, teachers, taxpayers, and advocates for ideological causes. Dwyer argues that a truly child-centered approach to education reform would yield dramatically different conclusions regarding the morality and constitutionality of government initiatives to improve public and private schooling in America.

Dwyer makes the case that state funding of religious and other private schools is not only permissible, but mandatory, as a moral and constitutional right of the children already in private schools. In Vouchers within Reason, he also demonstrates the necessity of attaching to that funding robust standards for the content and nature of instruction and for treatment of students. These are just the sort of regulatory strings that most current supporters of vouchers fear.

In the author's view, vouchers represent an opportunity for states to accomplish what they have been unable to do in the past—namely, to bring academic accountability to religious schools, many of which fail to provide a good secular education. He sees voucher programs that are now in place as morally irresponsible and clearly unconstitutional, however, because they require almost nothing of recipient schools in return for the funding. This book reorients the hot topic of universal school vouchers in a new and vital direction that may change the minds of scholars, educators, and policymakers alike.