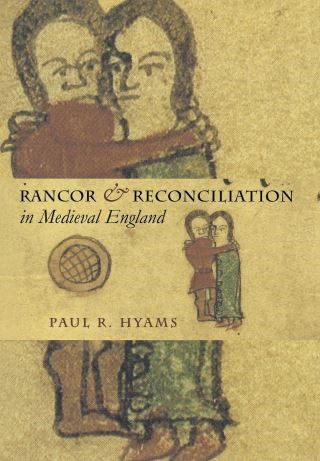 Rancor and Reconciliation in Medieval England

Duels and bloodfeuds have long been regarded as essentially Continental phenomena, counter to the staid and orderly British ways of settling differences. In this surprising work of social and legal history, Paul R. Hyams reveals a post-Conquest England not all that different from the realms across the Channel. Drawing on a wide range of texts and the long history of argument about these texts, Hyams shatters the myth of English exceptionalism, the notion that while feud and vengeance prevailed in the lands of the Franks, England had advanced beyond such anarchic barbarism by the time of the Conquest and forged a centralized political and legal system. This book provides support for the notion that feud and vengeance flourished in England long beyond the Conquest, and that this fact obliges us to reconsider the genealogies of both common law and the English monarchy.Moving back and forth between a broad overview of 300 years of legal history and the details of specific disputes, Hyams attends to the demands of individuals who believed that they had been aggrieved and sought remedy. He shows how individuals perceived particular acts of violence and responded to them. These reactions, in turn, sparked central efforts to manage disputes and thereby establish law and order. Respectable litigation, however, never eclipsed the danger of direct action, often violent and physical.