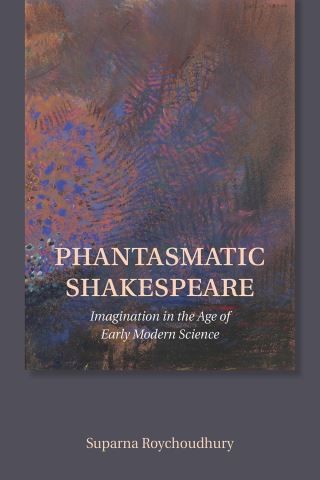 Imagination in the Age of Early Modern Science

Representations of the mind have a central place in Shakespeare’s artistic imagination, as we see in Bottom struggling to articulate his dream, Macbeth reaching for a dagger that is not there, and Prospero humbling his enemies with spectacular illusions. Phantasmatic Shakespeare examines the intersection between early modern literature and early modern understandings of the mind’s ability to perceive and imagine. Suparna Roychoudhury argues that Shakespeare’s portrayal of the imagination participates in sixteenth-century psychological discourse and reflects also how fields of anatomy, medicine, mathematics, and natural history jolted and reshaped conceptions of mentality. Although the new sciences did not displace the older psychology of phantasms, they inflected how Renaissance natural philosophers and physicians thought and wrote about the brain’s image-making faculty. The many hallucinations, illusions, and dreams scattered throughout Shakespeare’s works exploit this epistemological ferment, deriving their complexity from the ambiguities raised by early modern science.

Phantasmatic Shakespeare considers aspects of imagination that were destabilized during Shakespeare’s period—its place in the brain; its legitimacy as a form of knowledge; its pathologies; its relation to matter, light, and nature—reading these in concert with canonical works such as King Lear, Macbeth, and The Tempest. Shakespeare, Roychoudhury shows, was influenced by paradigmatic epistemic shifts of his time, and he in turn demonstrated how the mysteries of cognition could be the subject of powerful art.