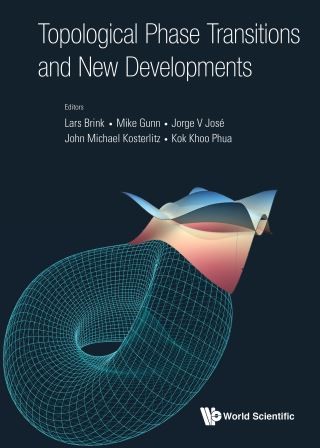 Geometry and topology have been a fascination in physics since the start of the 20th century. A leading example is Einstein's geometrical theory of gravity. At the beginning of the 1970s, topological ideas entered areas of condensed matter physics. These advances were driven by new seminal ideas resolving a serious contradiction between experiment and the standard interpretation of a rigorous mathematical theorem which led to the study of new exotic topological phases of matter. Topological defect driven phase transitions in thin, two dimensional films of superfluids, superconductors and crystals have provided great insight into the mechanism governing these topological phases present in those physical systems. Moreover, many of these topological properties remain 'protected' against disorder and topological distortion perturbations. An example of possible applications of such robustness to perturbations is in the search for encoding information in quantum computers, potentially providing the platform for fault-tolerant quantum computations.

In the past four decades, the discovery of topological phases engendered great interest in condensed matter physics. It also attracted the attention of researchers working on quantum information, quantum materials and simulations, high energy physics and string theory. This unique volume contains articles written by some of the most prominent names in the field, including Nobel Laureate John Michael Kosterlitz and Professor Jorge V José. They originate from talks and discussions by leading experts at a recent workshop. They review previous works as well as addressing contemporary developments in the most pressing and important issues on various aspects of topological phases and topological phase transitions.