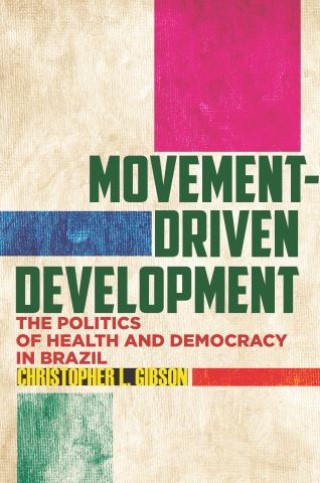 The Politics of Health and Democracy in Brazil

In the late twentieth and early twenty-first centuries, Brazil improved the health and well-being of its populace more than any other large democracy in the world. Long infamous for its severe inequality, rampant infant mortality, and clientelist politics, the country ushered in an unprecedented twenty-five-year transformation in its public health institutions and social development outcomes, declaring a striking seventy percent reduction in infant mortality rates.

Thus far, the underlying causes for this dramatic shift have been poorly understood. In Movement-Driven Development, Christopher L. Gibson combines rigorous statistical methodology with rich case studies to argue that this transformation is the result of a subnationally-rooted process driven by civil society actors, namely the Sanitarist Movement. He argues that their ability to leverage state-level political positions to launch a gradual but persistent attack on health policy implementation enabled them to infuse their social welfare ideology into the practice of Brazil's democracy. In so doing, Gibson illustrates how local activists can advance progressive social change more than predicted, and how in large democracies like Brazil, activists can both deepen the quality of local democracy and improve human development outcomes previously thought beyond their control.