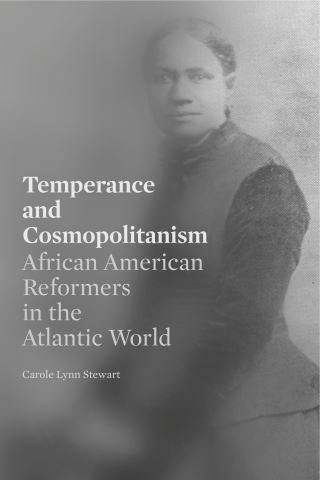 Temperance and Cosmopolitanism explores the nature and meaning of cosmopolitan freedom in the nineteenth century through a study of selected African American authors and reformers: William Wells Brown, Martin Delany, George Moses Horton, Frances E. W. Harper, and Amanda Berry Smith. Their voluntary travels, a reversal of the involuntary movement of enslavement, form the basis for a critical mode of cosmopolitan freedom rooted in temperance.

Both before and after the Civil War, white Americans often associated alcohol and drugs with blackness and enslavement. Carole Lynn Stewart traces how African American reformers mobilized the discourses of cosmopolitanism and restraint to expand the meaning of freedom—a freedom that draws on themes of abolitionism and temperance not only as principles and practices for the inner life but simultaneously as the ordering structures for forms of culture and society. While investigating traditional meanings of temperance consistent with the ethos of the Protestant work ethic, Enlightenment rationality, or asceticism, Stewart shows how temperance informed the founding of diasporic communities and civil societies to heal those who had been affected by the pursuit of excess in the transatlantic slave trade and the individualist pursuit of happiness.

By elucidating the concept of the “black Atlantic” through the lenses of literary reformers, Temperance and Cosmopolitanism challenges the narrative of Atlantic history, empire, and European elite cosmopolitanism. Its interdisciplinary approach will be of particular value to scholars of African American literature and history as well as scholars of nineteenth-century cultural, political, and religious studies.