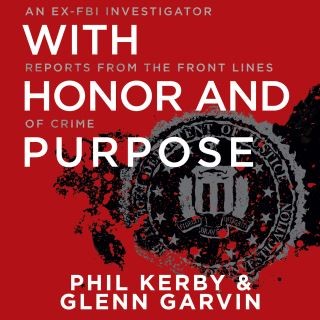 With Honor and Purpose

An Ex-FBI Investigator Reports from the Front Lines of Crime

The most grueling missions. The most dangerous criminals. The ultimate insider.

Bank robbers. Pimps. Wise guys. Murderers...Today's FBI street agents face a never-ending parade of violence and chaos perpetuated by society's most dangerous and sometimes most demented felons. In this action-packed confession of an FBI man, Phil Kerby takes us on a white-knuckle ride through a career that pitted him against militia bombers and black militants, against hardened, hardcore kidnappers, coed hookers, biker drug dealers, bank robbers on the lam, and much, much more.

Here are hostage standoffs and cat-and-mouse games with the Mob. Here are nerve-shattering armed confrontations and heart-wrenching searches for missing people-or dead bodies. And here is the courage, skill, and grit of a few good men trying to fight America's dirtiest and most dangerous war-with honor and purpose...