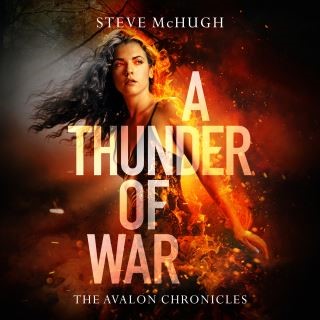 A Thunder of War

There’s thunder on the horizon, and the lightning of war is about to strike.

After years of struggle, Layla Cassidy has finally mastered the dark powers that threatened to control her and turned them to good. She’s ready to fight, but the next battle will be her greatest test yet.

The forces of Avalon are growing ever stronger, reinforcing their dominance with almighty displays of brutality. When Abaddon comes close to crushing Layla and her friends, it’s clear that the thunder of war is about to give way to lightning—and that they have no chance of surviving it alone.

The final battle against Abaddon is drawing closer. Now Layla and her friends must fight for themselves—and the future of the world. To win, they will need every power and ally they can muster. But even with all their strength, will it be enough to stand against the impending doom?