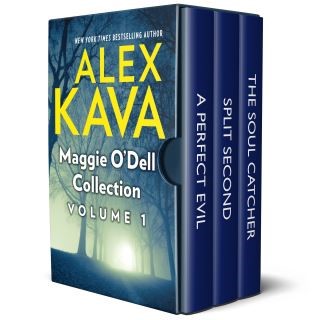 As a deranged killer stalks the terrified community of Platte City, Nebraska, all evidence points to the recently executed Ronald Jeffreys as the culprit, but FBI profiler Maggie O’Dell soon uncovers evidence that Jeffreys had been convicted and executed for crimes he did not commit, and that the real maniacal murderer is still on the loose.

After Albert Stucky, a brutal and clever serial killer known as “The Collector,” escapes from prison, he forces FBI profiler Maggie O’Dell, the agent who originally captured him, to play a deadly game when he targets her and everyone associated with her, pushing her to the very edge of sanity.

FBI Special Agent and criminal profiler Maggie O’Dell, along with her partner Tully, investigate two cases—the murder of a senator’s daughter in Washington, D.C., and a deadly shoot-out in Massachusetts—both of which are linked to Reverend Joseph Everett, the high-profile leader of a religious sect, who happens to be dating Maggie’s mother.