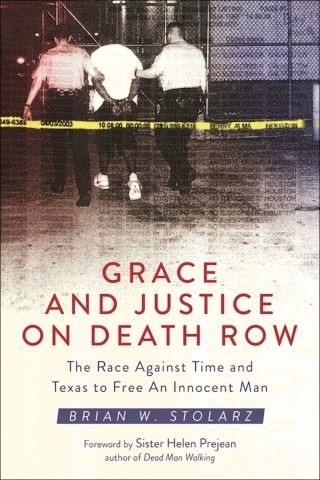 Grace and Justice on Death Row

The Race against Time and Texas to Free an Innocent Man

Grace and Justice on Death Row tells the story of Alfred Dewayne Brown, a man who spent over twelve years in prison (ten of them on Texas’ infamous Death Row) for a high-profile crime he did not commit, and his lawyer, Brian Stolarz, who dedicated his career and life to secure his liberty. The book chronicles Brown’s extraordinary journey to freedom against very long odds, overcoming unscrupulous prosecutors, corrupt police, inadequate defense counsel, and a broken criminal justice system.

“Grace and Justice on Death Row isn’t just about how our broken system almost broke another decent man. More than that, it’s a moving story of a unique brotherhood that’s formed when a corporate lawyer with his faith bitterly tested literally saves another man’s life.” —Craig Melvin, MSNBC news anchor and Today show national correspondent

“Brian Stolarz’s nuanced account of how he proved the innocence of a man on Death Row provided crucial insight into the terrible injustices of the American death penalty process. But at its core, this is a tale of one man’s unwavering faith in another human being” —The Washington Post