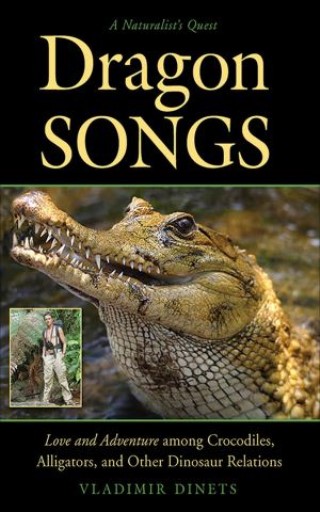 Love and Adventure among Crocodiles, Alligators, and Other Dinosaur Relations

This chronicle of a budding zoologist’s world travels is an “exuberant, intelligent take on the adventure of science” (Publishers Weekly).

When Russian immigrant Vladimir Dinets decided to focus on zoology, he had already lived several lives and undertaken several careers. But the study of animal life turned into his greatest adventure, and a love affair in its own right—with the amazing creatures he observed worldwide, the excitement of exploration, and finally with meeting his wife.

Crocodiles were an unlikely research topic until Vladimir witnessed a massive group mating “dance,” with unique infrasound vibrations that defied everything known about these prehistoric beasts. In a six-year study that took him all over the world on very little money, he found himself in deserts, mountains, oceans, and once even escaping a lake of red-hot lava. His exploits on five continents also resulted in radical new discoveries about the way species communicate—and the way humans fall in love. “An intense and joyous global pursuit of the mating customs of crocodiles” (Publishers Weekly).