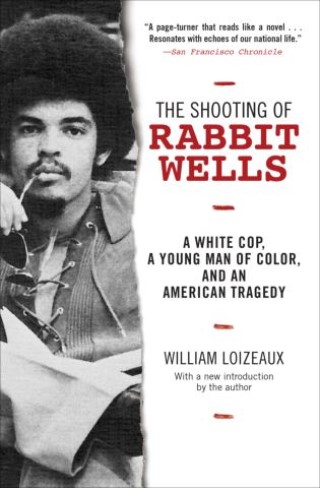 The Shooting of Rabbit Wells

A White Cop, a Young Man of Color, and an American Tragedy

An award-winning author recounts the true, tragic confrontation between a young black man and a white cop in “a page-turner that reads like a novel” (San Francisco Chronicle).

On a frigid winter’s night in 1973, William “Rabbit” Wells, a young man of mixed race, was shot and killed by a white policeman named William Sorgie outside a bar. The shooting stunned the prosperous community of Bernardsville, New Jersey. For twenty-five years author William Loizeaux, who went to high school with Rabbit, hasn’t been able to let go of the tragedy that struck at the core of the place he, along with Rabbit and Sorgie, called home.

With clear-eyed compassion and unsparing honesty, The Shooting of Rabbit Wells recreates the lives of both victim and killer and the forces that brought them together. By giving us the life of Rabbit Wells, Loizeaux makes us understand—and feel—how unacceptable and irreparable his loss was, and how deeply the bullet that killed him is lodged in the American identity.