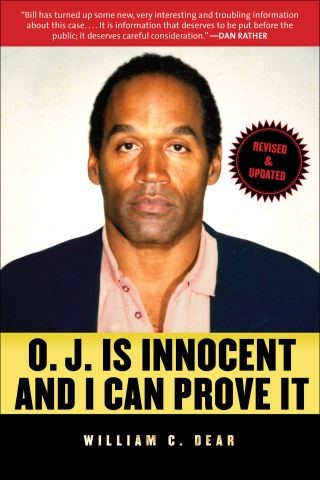 O.J. Is Innocent and I Can Prove It

“A compelling . . . cogent, well-documented new take on [the] controversial verdict” from the murder trial that rocked the nation and still resonates today (Kirkus Reviews).

On the night of June 12, 1994, Nicole Brown Simpson and Ron Goldman were brutally murdered at Nicole’s home on Bundy Drive in Brentwood, California. What followed, from the much-watched Bronco chase to the arrest of O.J. Simpson to the televised verdict of “not guilty,” was a media circus unlike any the nation had ever seen. To this day, most people are convinced Simpson got away with murder. To private investigator William C. Dear, this blind certainty has led both the police and the public to overlook a far more likely and obvious suspect: O.J.’s eldest son, Jason.

Dear now compiles more than seventeen years of investigation by his team of forensic experts and presents evidence that O.J. was not the killer. “Like a textbook for investigators, the book exhaustively uncovers documents and extrapolates information and evidence to support his conclusions . . . [and] raises questions that were never asked, including why O.J. Simpson retained a criminal defense attorney for Jason the day after the murders.” For true crime readers with an open mind, Dear will open your eyes (Kirkus Reviews).