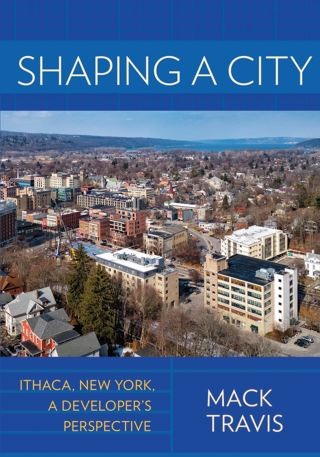 Picture your downtown vacant, boarded up, while the malls surrounding your city are thriving. What would you do?

Shaping a City is the behind-the-scenes story of one developer’s involvement, from first buying and renovating small houses, gradually expanding his thinking and projects to include a recognition of the interdependence of the entire city—jobs, infrastructure, retail, housing, industry, taxation, banking and City Planning. It is the story of how he, along with other local developers transformed a quiet, economically challenged upstate New York town into one that is recognized nationally as among the best small cities in the country.

The lessons and principles of personal relationships, cooperation and collaboration, the importance of density, and the power of a Business Improvement District to catalyze change, are ones you can take home for the development and revitalization of your city.