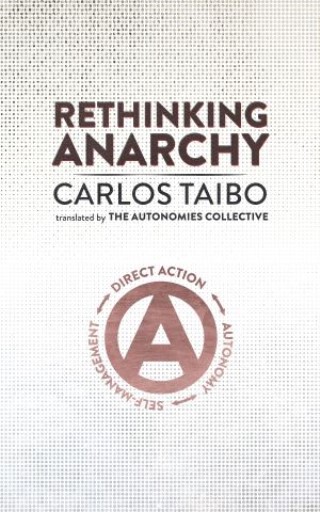 This is the first book by Carlos Taibo, a prolific and well-known social theorist in Spain, to be translated into English. Published in it’s original language in 2013, Rethinking Anarchy functions as both an introduction to and in-depth interrogation of anarchism as political philosophy and political strategy. Taibo introduces the basic tenets of anarchism while also diving into and unpacking the debates around each of them, producing a book that should appeal to both beginners and readers with extensive knowledge of the book’s theme. Topics touched upon include liberal versus direct democracy, the nature of the state and its relationship to capitalism, the role of autonomous and anticapitalist social spaces, and how anarchism relates to feminism, environmentalism, antimilitarism, and other struggles.