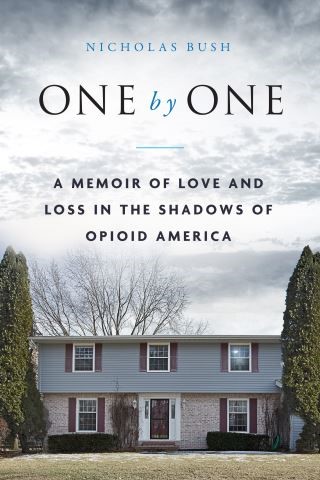 A passionate and heart-wrenching memoir of tragedy and perseverance from a former opioid addict in an opioid addicted community, and an up-close look at America’s new health crisis.

Behind closed doors, thirty-six million people around the world abuse opioids, three million of them are in the US. Nick Bush was one of them. Forty-five thousand people in the US die annually from the disease, two lives lost to it were Nick’s sister and brother, three were his friends. Opioid addiction is recognized as the nation’s worst health crisis. Because of it, the average American lifespan is decreasing.

Incredibly, the stories of the people suffering from opioid addiction rarely get told. In One by One, Nick steps out of the opioid shadows to share his page-turning true story. He is remarkably candid about how he became an addict, as well as the stories of those around him, in a community ravaged by the disease. Nick, though, is a survivor. Here he tells how, and inspires us to know that the war against opioid addiction is one that we can win if only we are willing to bring humanity to the disease, faces to the addiction.