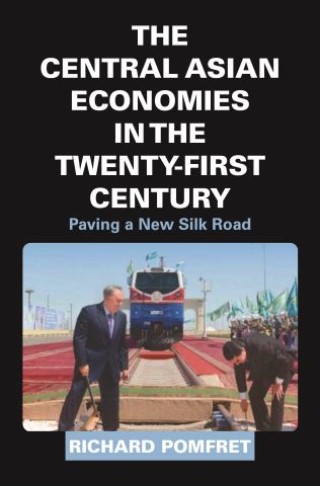 The Central Asian Economies in the Twenty-First Century

This book analyzes the Central Asian economies of Kazakhstan, the Kyrgyz Republic, Tajikistan, Turkmenistan, and Uzbekistan, from their buffeting by the commodity boom of the early 2000s to its collapse in 2014. Richard Pomfret examines the countries’ relations with external powers and the possibilities for development offered by infrastructure projects as well as rail links between China and Europe.

The transition of these nations from centrally planned to market-based economic systems was essentially complete by the early 2000s, when the region experienced a massive increase in world prices for energy and mineral exports. This raised incomes in the main oil and gas exporters, Kazakhstan and Turkmenistan; brought more benefits to the most populous country, Uzbekistan; and left the poorest countries, the Kyrgyz Republic and Tajikistan, dependent on remittances from migrant workers in oil-rich Russia and Kazakhstan. Pomfret considers the enhanced role of the Central Asian nations in the global economy and their varied ties to China, the European Union, Russia, and the United States. With improved infrastructure and connectivity between China and Europe (reflected in regular rail freight services since 2011 and China’s announcement of its Belt and Road Initiative in 2013), relaxation of United Nations sanctions against Iran in 2016, and the change in Uzbekistan’s presidency in late 2016, a window of opportunity appears to have opened for Central Asian countries to achieve more sustainable economic futures.