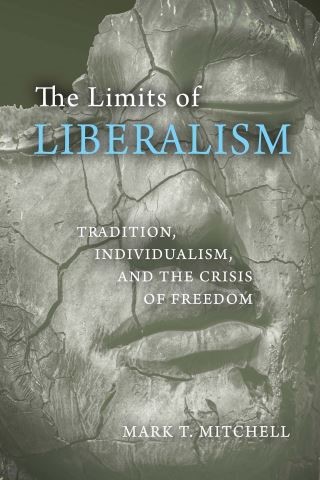 The Limits of Liberalism

Tradition, Individualism, and the Crisis of Freedom

In The Limits of Liberalism, Mark T. Mitchell argues that a rejection of tradition is both philosophically incoherent and politically harmful. This false conception of tradition helps to facilitate both liberal cosmopolitanism and identity politics. The incoherencies are revealed through an investigation of the works of Michael Oakeshott, Alasdair MacIntyre, and Michael Polanyi.

Oakeshott, MacIntyre, and Polanyi all, in various ways, emphasize the necessity of tradition, and although these thinkers approach tradition in different ways, Mitchell finds useful elements within each to build an argument for a reconstructed view of tradition and, as a result, a reconstructed view of freedom. Mitchell argues that only by finding an alternative to the liberal self can we escape the incoherencies and pathologies inherent therein.

This book will appeal to undergraduates, graduate students, professional scholars, and educated laypersons in the history of ideas and late modern culture.