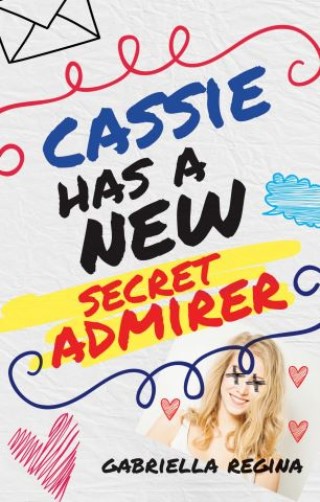 Cassie Has a New Secret Admirer

On Valentine's Day week, Cassie got an anonymous romantic message through her college's radio program. The message gave her a few hurdles she needed to go through so she could get her admirer's number and get in touch with him. So she could have a date on Valentine's Day -- a chance that, according to her admirer, Cassie couldn't waste. Any other girl in Cassie's situation -- single and with no romantic prospects - would have been excited with the possibility of having a date to the most dramatic day of the year, just this weekend. But Cassie is not one of those girls. She has a history, and that history includes a stalker that was after her for a long time, and that anonymous message left her frightened with the possibility that, maybe, he's back in her life. Tthis time, to stay. So, Cassie goes after the one person that can help her find out who her secret admirer really is, before she has to go through the steps and face him, something that may end up being fatal for her.

Gabriella Regina: Gabriella Regina is Brazilian, she was born in September '94 and lives in a magical island with chaotic traffic called Florianópolis, in Santa Catarina. She's a Virgo, mom to a fat, grumpy cat called Alaska, and loves videogames, tattoos, Foo Fighters, and cheeseburgers.
She writes more for fun than because she has to, but she anxiously awaits for the day where she can live only by her pen. Her other big ambition in life is to be the crazy cat lady. Her parents say it doesn't hurt to dream.