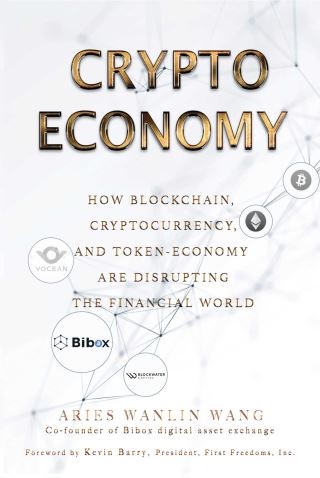 How Blockchain, Cryptocurrency, and Token-Economy Are Disrupting the Financial World

In late 2008, under the long shadow cast by the most severe economic crisis in generations, a revolutionary new form of currency was quietly being shaped. At the time no one could have predicted that an obscure form of electronic money would in less than a decade prove to be the most important financial innovation of the 21st century—a tool that would spark an entire new economic institution: crypto economy.

That once-obscure money was known as Bitcoin, and today it is the highest valued digital coin. And though consumers continue to scramble to cash in on the trending currency, the technology behind Bitcoin known as Blockchain, which allows the currency to bought and sold without regulation by a government, remains a mystery to the public.

In Crypto Economy, Aries Wanlin Wang provides the definitive blueprint for understanding how Bitcoin, Blockchain, and other digital technologies are disrupting traditional financial institutions and forever changing the world of commerce.

Aries Wanlin Wang: A social crypto entrepreneur and seasoned investor in the crypto, Aries (Wanlin) Wang is always on a fast-paced upswing. Within a year of co-founding Bibox digital asset exchange, Wang has led the team to bring the exchange to a top-ten position on CoinMarketCap and the exchange now has become a staple of the crypto world. In ten months, Bibox reached a stable daily trading volume of 20 million to 40 million USD, with its delicate selection of tokens, the current valuation of the company is at an astounding 50 million USD.

Aries is an activist in connecting crypto to the real world in the realm of finance.