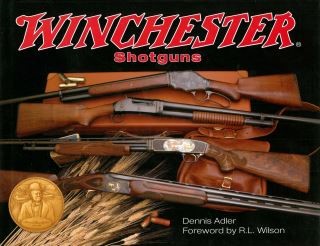 In the study and appreciation of American history, and in understanding the crucial role played by firearms in that extraordinary saga, one of the most famous gunmakers is Winchester. Their products are so much in demand that they indisputably hold the title of the Blue Chips of gun collecting.

And while a notable amount of literature on these marques has appeared in print, much of it from the period of post-World War II, there are still major categories which demand focused books. Such works are in response not only to the "need to know" from students, historians and collectors, but also are a powerful reflection of the ever-expanding explosion of interest in the magical world of firearms.

The study of arms is a highly visual, and technical, pursuit. Having the objects sitting on a page, as if they are on the reader's desk, is a true delight. Few photographers can equal those images of excellence. And no one today can match his combination of skill, aptitude and artistry at doing both text and photographs

Dennis Adler: Dennis Adler: Dennis Adler is the editor in chief of Car Collector magazine and the author of more than twenty books on automotive history and vintage firearms. He has written award-winning books on Packard, Chrysler, and Mercedes-Benz. In addition to his works on automobiles, Adler is one of America’s most published historians on western guns and collectible firearms. Author and photographer for more than three dozen books and thousands of magazine articles, Dennis has published work in such publications as American Rifleman, Guns of the Old West, and The Robb Report. He lives in western Pennsylvania.