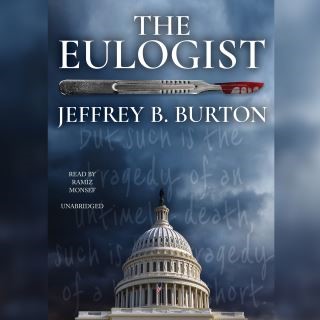 FBI Special Agent Drew Cady is reluctantly drawn into investigating the assassination of a sitting United States senator. Strangely, the senator’s death is linked to a murdered Baltimore junkie with an identical MO—a single stab wound to the heart and a typed eulogy left at the scene.

As Agent Cady deals with a professional hit man known only as the Canadian, as well as a breakthrough Alzheimer’s drug, a misanthropic hacker, and a Mexican drug cartel, he peels back the layers of deceit and comes to realize that even the reddest of red herrings can bite.

And unfortunately for all involved, the killings have just begun.