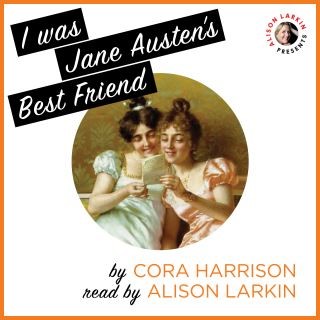 I Was Jane Austen's Best Friend

Bestselling novelist Cora Harrison's light historical romance in the form of a secret diary was inspired by real life events in the Austen family and will delight Jane Austen fans everywhere. When fifteen-year-old Jane Austen’s shy cousin Jenny comes to stay, their evenings are a blur of beautiful dresses, balls, gossip and romance; their days are spend writing about them – Jenny in her diary, Jane in her witty first attempts at fiction. When Jenny falls utterly in love with a handsome naval officer who better to help her than Jane herself, already an expert in love and relationships?
This delightful, meticulously researched novel is followed by an afterward about the actual people and events on which the novel is based, including Jane Austen’s disabled brother, George and the whirlwind courtship of Jane (Jenny) Cooper.
“A delicious combination of historical fact and fabulously crafted fiction. I fell in love. A rare gem in historical fiction.” San Francisco Book Review
Alison Larkin is an actress, comedienne, bestselling novelist, and the award-winning narrator of over 200 audiobooks. Her autobiographical novel The English American won an AudioFile Earphones Award and joined President Obama and E.B. White on Audible’s top ten list of Best Author-narrated audiobooks of all time. Her acclaimed 81-hour recording of The Complete Novels of Jane Austen begins with her Earphones Award-winning recording of Sense and Sensibility. She has also narrated many New York Times bestsellers.