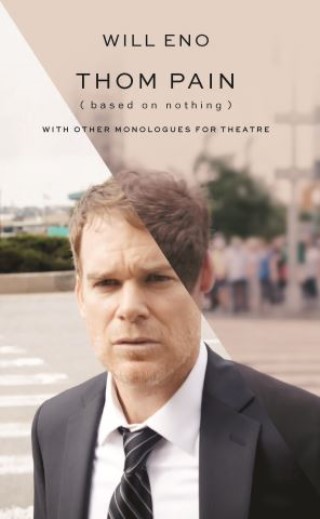 Thom Pain (based on nothing) [Revised TCG Edition]

With Other Monologues for Theatre

- Thom Pain (based on nothing) will run at Signature Theatre in New York from October 23 - November 25, 2018. Will Eno was the first writer to complete Signature's Residency 5 program, and this will be his first Legacy production at the theater. The production will feature Golden Globe Award-winner Michael C. Hall (“Dexter,” “Six Feet Under,” The Realistic Joneses).

- Thom Pain was a finalist for the 2005 Pulitzer Prize for Drama and received the coveted Fringe First Award at the Edinburgh Festival.

- The play has been translated into over a dozen languages, and since 2005 has been produced regularly around the U.S. and the world.

- Eno has also won the 2012 PEN/Laura Pels International Foundation for Theater Award, the 2004 Oppenheimer Award for best debut by an American playwright (The Flu Season), and the Horton Foote Prize for Middletown.