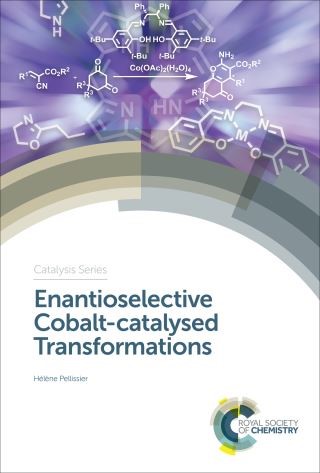 With a foreword from leading organic chemist Professor Paul Wender, this book collects the major developments reported in the past thirty years in the field of enantioselective reactions promoted by chiral cobalt catalysts, illustrating the power of these green catalysts to provide all types of organic reactions from the basic to completely novel methodologies.

The search for new methodologies to prepare optically pure products is one of the most active areas of research in organic synthesis. Of the methods available for preparing chiral compounds, catalytic asymmetric synthesis has attracted the most attention. In particular, asymmetric transition-metal catalysis is a powerful tool for performing reactions in a highly enantioselective fashion. Efforts to develop new asymmetric transformations have previously focused on the use of rare metals such as titanium, palladium, iridium and gold. However, the ever-growing need for environmentally friendly catalytic processes has prompted chemists to focus on the more abundant and less toxic first-row transition metals, such as cobalt, to develop new catalytic systems.

The ability of cobalt catalysts to adopt unexpected reaction pathways has led to an impressive number of enantioselective cobalt-promoted transformations being developed over the past three decades. These have included the synthesis of many different types of products, often under relatively mild conditions and with remarkable enantioselectivities. This book is a useful reference resource for chemists, both academic and industrial, working in organic synthesis and interested in greener or more economical catalytic alternatives.