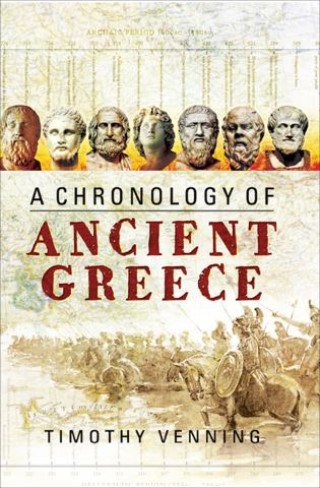 A Chronology of Ancient Greece

This helpful reference offers a timeline of ancient Greece’s political and military history.

This chronological history begins with the necessarily approximate course of events in Bronze and early Iron Age, as estimated by the most reliable scholarship and the legendary accounts of this period. From the Persian Wars onwards, a year-by-year chronology is constructed from the ancient historical sources—and where possible, a day-by-day narrative is given.

The geographical scope expands as the horizons of the Greek world and colonization increased, with reference to developments in politico-military events in the Middle Eastern (and later Italian) states that came into contact with Greek culture. From the expansion of the Greek world across the region under Alexander, the development of all the relevant Greek/Macedonian states is covered. The text is divided into events per geographical area for each date, cross-referencing where needed. Detailed accounts are provided for battles and political crises where the sources allow this—and where not much is known for certain, the different opinions of historians are referenced. The result is a coherent, accessible, and accurate reference to what happened and when.