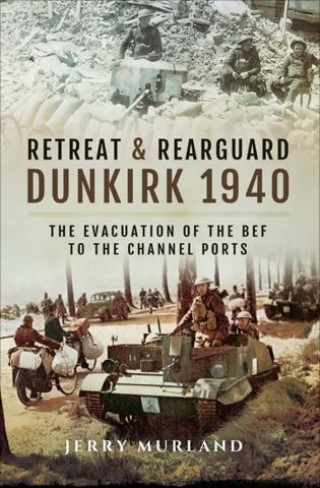 The Evacuation of the BEF to the Channel Ports

The dramatic story of how a quarter million men were evacuated from the coast of France—and how the British Expeditionary Force fought on.

This book, part of the Retreat and Rearguard series, covers the actions of the BEF during the retreat from the Dyle Line to the evacuation points of Dunkirk, Boulogne, Calais, Saint-Valery-en-Caux, and finally the Cherbourg Peninsula.

Some of the engagements are relatively well known (Cassell, the Arras counter-attack, and the notorious Le Paradis SS massacre), but the author has unearthed many less known engagements from the long and painful withdrawal. While the main Dunkirk evacuation from the port and beaches was over by early June, elements of the BEF fought on until June 21.

In relating those often heroic actions, this book catches the atmosphere of desperate defiance that typified this never-to-be-forgotten period.