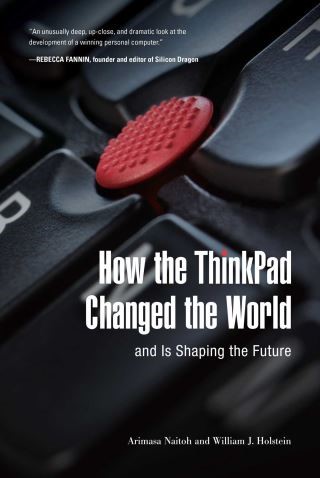 How the ThinkPad Changed the Worldâ€"and Is Shaping the Future

The ThinkPad notebook computer has been at the center of the digital revolution that has transformed millions of lives around the world, allowing users to obtain access to their documents, pictures and other personal data from virtually anywhere at any time. More than 100 million ThinkPads have been sold since they were introduced in 1992, some twenty-five years ago. ThinkPads played a prominent role in NASA's space exploration and at the International Space Station. They accompanied explorers who traversed the entire length of the Nile River and conquered Mount Everest. ThinkPads also played a major role in changing the very architecture of how humanity's knowledge is stored and made available.

In this book, Arimasa Naitoh, the father of the ThinkPad, collaborates with American business journalist and author William J. Holstein to write candidly about the incredible technological and personal struggles he and fellow engineers faced. And he offers his vision of the future of mobile computing—because this revolution is not even close to being finished.