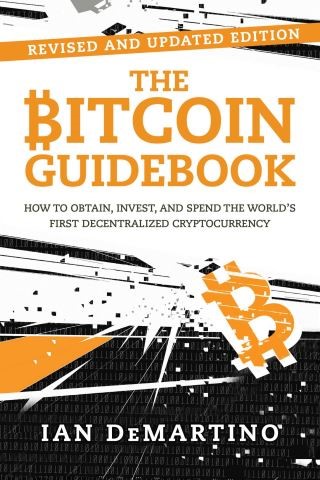 How to Obtain, Invest, and Spend the World's First Decentralized Cryptocurrency

Bitcoin has made early investors like the Winkelvoss twins millions in a matter of minutes in the past year and has the potential to transform the financial landscape. It's not too late to get in on the action.

Bitcoin is not another payment processor. Like the Internet, Bitcoin is a technology that runs through a distributed network. No one controls it, and no one can shut it down. Bitcoin has been called the currency of the Internet, but it is much more powerful than that. More astute observers have called it the Internet of currency.

This new, revised edition of The Bitcoin Guidebook has the most up-to-date info and recommended approaches for anyone who doesn't want to be left behind in the next technological revolution. It is an easy-to-read, easy-to-understand guide that explains everything the reader needs to know about how Bitcoin and other digital currencies work, what they can be used for, and how they will shape our society in the future. Topics covered include:

The digital currency's origins, past, present, and future
The revolutionary blockchain technology behind Bitcoin, and its future for the industries of music, arts, photography, and more
How to obtain and invest in Bitcoin or other cryptocurrency
How and where to spend Bitcoin
Bitcoin's relationship with the seedy Internet underground
Alternative digital currencies, like ethereum, ripple, litecoin, IOTA or dash
How governments and financial institutions may react to cryptocurrency in the future
How to interact with other Bitcoin owners on exchanges like Coinbase

Ian DeMartino: Ian DeMartino is the cofounder of CoinJournal and freelance writer for CoinDesk. He worked as a technology writer for various sites before becoming interested in Bitcoin. He lives in Washington, DC.